Ir al contenido principal
- noviembre 06, 2013
"When all the Kings of the Amorites who were at the other side of Jordan westward, and all the Kings of the Canaanites who were near the sea, heard how Lord had dried up the waters of the Jordan before the children of Israel until they had passed, he weaken his heart, and there was no more breath in them before the children of Israel" (Joshua 5:1)
COMPLEMENTARY passage: Joshua 3 & 4
This beautiful passage tells us about an episode that the people of Israel, lived when having already completed their pilgrimage through the desert, they were now at the gates of the conquest of the Promised Land, under the leadership of Joshua, the successor of Moses. During all those years, the Jews knew about God, saw him through all its wonders and miracles that he did before them; God provided them daily sustenance, they drank water from which not even imagined it. But this stage of pilgrimage had to be left behind, they had to cross the Jordan and take possession of the land he had inherited. Cross the Jordan was venturing again into the hands of Almighty God, that he had never failed them; but do not cross it was to die in the wilderness without knowing the land flowing milk and honey that was promised to her parents.
A clear need for the survival of the people of Israel, was the confidence you had to continue depositing in God, who not only was his supplier and helper. it was his commanding officer! Thus communicated him an angel of the Lord to Joshua when manifested to give instructions of God about the taking of the city of Jericho, saying coming as Commander of the army of the Lord (Joshua 5:13-15). Although the conquest was not an easy task, they were not alone, because God had promised to be with them and was thus demonstrating them. The success of their lives, from then on and how far they had lived it, depended on several things: faith, trust, obedience, the maturity to cope with different situations and prayer; safely they would find difficulties and obstacles, but they had to be convinced that while they were in the hand of God, no one could deal with them.
Today we, the children of Israel, can be about to cross the Jordan, a key and definitive time for our life, and that open us the way to the fulfillment of God's promises. But it is possible that our heart is filled with fear, doubt and uncertainty, so we decide today to hear the voice of God, who tells us that the size of the obstacles cannot prevent that we March to victory. God does not want that our hearts fail to adversities, he can do that we cross the Jordan on dry, and thus give us the blessings and the provision necessary to enjoy his wonderful promises.
WE TALK WITH GOD:
"Breast once again we thank you for allowing us to live a new day close to you, today put in front of you our weaknesses, our doubts, our obstacles and rest confident in your Word to March towards victory;" We understand that taken from your hand we can regain forces and stand firm in the face of new challenges. Thank you for the life of victory that we enjoy, and decided to hear and obey your voice. Amen."

Forward it to who you think you need this message, it will thank you.
Message based on the devotional "call to prayer Lolita Cruz de Chamorro".
rc 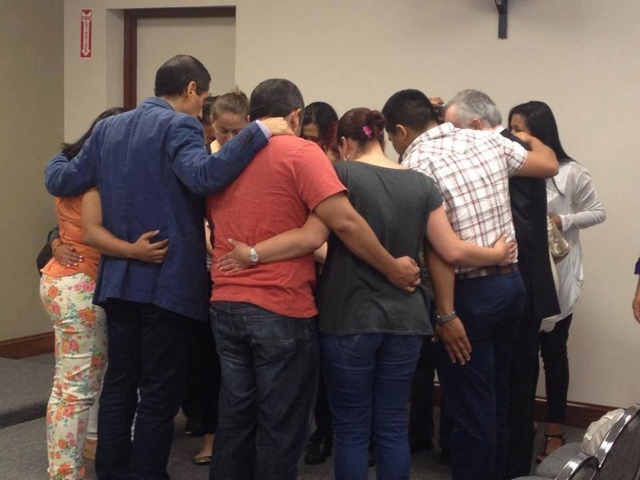